The Festival annonces the creation of a new prize

In its 61st year, the Monte-Carlo Television Festival has created a brand-new award - The International Golden Nymph for Most Promising Talent - which recognises the brilliant and exceptional rising talent of an actor who has elevated the bar of excellence to international acclaim.

French actor, Théo Christine, has been selected for this inaugural award by the Festival.

Just 25 years old, Théo Christine’s diverse body of work has, to date, included feature roles in cinema and television as Saiid in the Canal+ global hit War of the Worlds and as Alexandre in the highly successful French version of SKAM.

He also played Joey Starr in the recent film about the beginnings of NTM - Suprêmes - directed by Audrey Estrougo, which was presented in the Midnight Screening at the Cannes Film Festival 2021).

This role earned him a pre-selection among the Revelations at the César 2022.

In 2021, Théo shot an English feature film Summit Fever by Julian Gilbey, alongside Freddie Thorp and Ryan Phillippe, which is scheduled for release in 2022. He is currently shooting one of the main roles in the 8 x 52’ series B.R.I. directed by Jérémie Guez for Canal +. 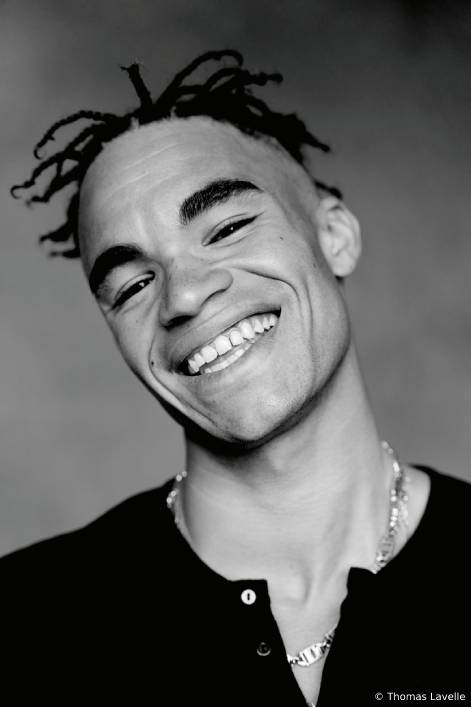 Théo Christine will be in Monte-Carlo to be presented with the award during the Opening Ceremony of Festival’s 61st edition, on June 17 2022.

Laurent Puons, CEO of the Monte-Carlo Television Festival, comments, “We felt the time was right to offer a brand new, special award to acknowledge the major contribution that rising talent brings to many of the best-loved programming available around the world today. We are extremely proud to have awarded a young French actor with this first International Golden Nymph for Most Promising Talent. Theo has already delivered some memorable performances across a wide range of programming and we are sure that he will continue to be a real inspiration to his peers.”

Théo Christine adds, “I am beyond thrilled and honored to receive this award. I'm really looking forward to discovering the Festival, to meet new people and to exchange with the guests and the public. At the same time, I will be enjoying Monaco for the first time, so a big thank you to the Festival team for allowing me to spend time in Monte-Carlo in the best way possible!”

The unique new prize of the International Golden Nymph for Most Promising Talent joins two other special distinction awards - the Crystal Nymph and the Honorary Golden Nymph - which honor outstanding personalities in the international television and entertainment industry.